The stream of cops in and out of the abandoned movie theater had slackened and ceased. The wailing ambulance had come and gone, taking the small body away with it. The crew from the lab had finished up, and only two men from Homicide were left. It was Tony Prado who spotted the boy hanging around on the opposite side of the street. A big kid, eighteen at least, wearing the regulation faded jeans, a navy blue windbreaker, and a blue denim work shirt. Thick dark hair fell raggedly across his forehead, obscuring his eyes.
“Les,” Tony said to Lieutenant Ryder. “That kid across the street--maybe a little too interested in what’s going on?”
Ryder included a swift look at the kid in his casual sweep of the block. “He matches the description, and he’s plenty big enough for this job.” The coldness of his voice betrayed Ryder’s loathing for the murder and for the kid who could have done it. “Let’s get him.”
Leaning against a doorway, hands in his pockets, the boy ignored them until they were halfway across the street. Then he straightened with a jerk, watching them intently.
“He’s going to run,” Ryder said under his breath, and as the boy took off for the nearest corner, he was right behind him.
The kid was fast. With a longer lead, he could have gotten away from them, but when Ryder made a grab for him, the kid turned on him like a wild animal. Fighting furiously, he had given Ryder a bloody lip before Tony caught up with them and pinned his arms. When they brought out the cuffs, the boy stopped struggling suddenly and slumped against the wall.
“What in the hell...?” Ryder angrily straightened his rumpled jacket. “Do you always act like that when people want to talk to you?”
“I never talk to strangers,” the kid sneered, and Ryder hit him hard across his smart mouth. Raging incoherently, the kid threw himself at the lieutenant again. As Ryder spun him around by the shoulder and shoved him down the sidewalk in front of them, Tony saw the pain and fury in the boy’s dark eyes.
They took him downtown in Ryder’s Mercedes. Ryder drove, his white-knuckled grip on the wheel the only sign of the cold rage that had settled into him. Tony realized that with his partner in this kind of mood, the kid didn’t stand a chance. He found himself sizing up the boy, looking for clues that would tell him who the kid was and why he had been hanging around the Palace that afternoon.
To begin with, the kid’s stomach was growling. He was grimy, too. He had covered a lot of miles since his last crack at a shower. On his own, Tony decided, maybe for the first time, and finding it tough going. Home was probably not L.A.--the dark unruly hair was cut too short by Los Angeles' standards. The clothes told him nothing--they were the standard uniform of any kid from anywhere in the U.S.A.--but the face was another story.
An intelligent face. Deep-set eyes that looked straight at the world, that answered fury with fury of their own--but did not, thought Tony, know how to lie. Not yet. This was a kid who had probably been letting everyone know exactly where he stood and how he felt since he was born. Even with the muscles of his tense jaw hardened in a tight, angry line, the corners of his mouth curved upward, making it look as if life, until now at least, had given him plenty to be glad about and not much reason to hide himself from others.
Under any other circumstances, Tony reflected--and he was surprised at this gut reaction to a kid caught up in circumstances about as lousy as they come--he’d have classified him as a good kid. A kid he’d be happy to have ringing the doorbell someday and asking for his daughter. But if he was the one they wanted for this job, then somewhere along the line he had really messed up. Something had happened, and recently. Tony would have given a lot to know what it was.
They parked in the basement garage, and Tony took the kid up to Homicide while Ryder stopped off at the lab. Tony showed the boy into one of the interrogation rooms and gave him his rights while removing the cuffs. Dropping wearily into a chair, the kid nodded a couple of times, but Tony had the impression that he either did not understand or did not care what was happening to him.
For a long time Tony stared at the boy in silence, trying to bore through the deceptive openesss of his face to find signs of the anger or sickness that could have riven him to batter, strangle, and probably rape a child. Arrogance, contempt, panic, even barely suppressed excitement--any of these would have sent Tony a warning signal, but none of them was there. He could not shake off the image he had gotten on the ride downtown of a tired, hungry kid. A decent kid. But even the decent ones can come apart, Tony reminded himself sharply, and it looked as if this one had. 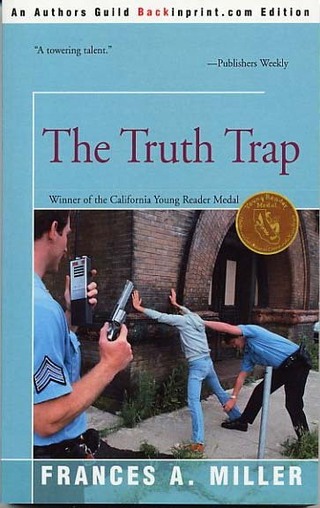 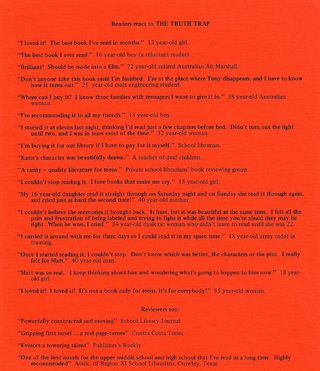 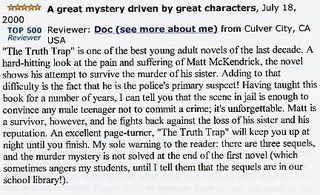 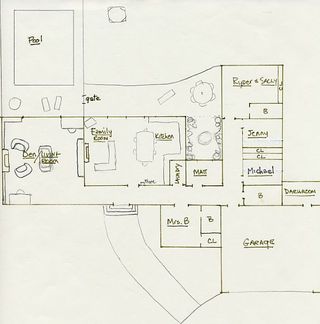 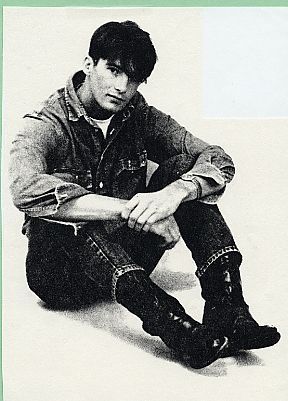